6 Compressors You've Probably Never Used (Can You Guess Why?)

Compressors - those beloved magic boxes that help our tracks shine, groove, move, poke and duck. In this article we present to you 6 of our unusual culprits. We're betting you've probably never used them because...

...none of them have software / plugin equivalents! All of the major plugin developers love their classic units and have built stellar emulations based on their sound, but whatever happened with these hidden gems?

Sound Performance Lab [SPL] is an innovator in pro audio products. One of its flagship models, the IRON, is a mastering compressor inspired by vintage units of the radio era built with modern components which takes advantage of the high dynamic 120V operating voltage in a parallel dual-tube circuit.

The parallel design built into the IRON splits the signal across two different twin-triode tubes with their own response curves which allow for a very organic sound with little to no audible artefacts. The unit also features six valves for the rectifier stage which present the user with six different tonality choices, making it an extremely versatile compressor. A sidechain EQ filter with four different frequency bands is also present to further alter the coloration and behavior of the compressor.

Due to its range of sonic coloration and high precision controls, the SPL Iron naturally lends itself to mastering applications making it an ideal tool for sculpting the sound of an overall track or indeed an album. 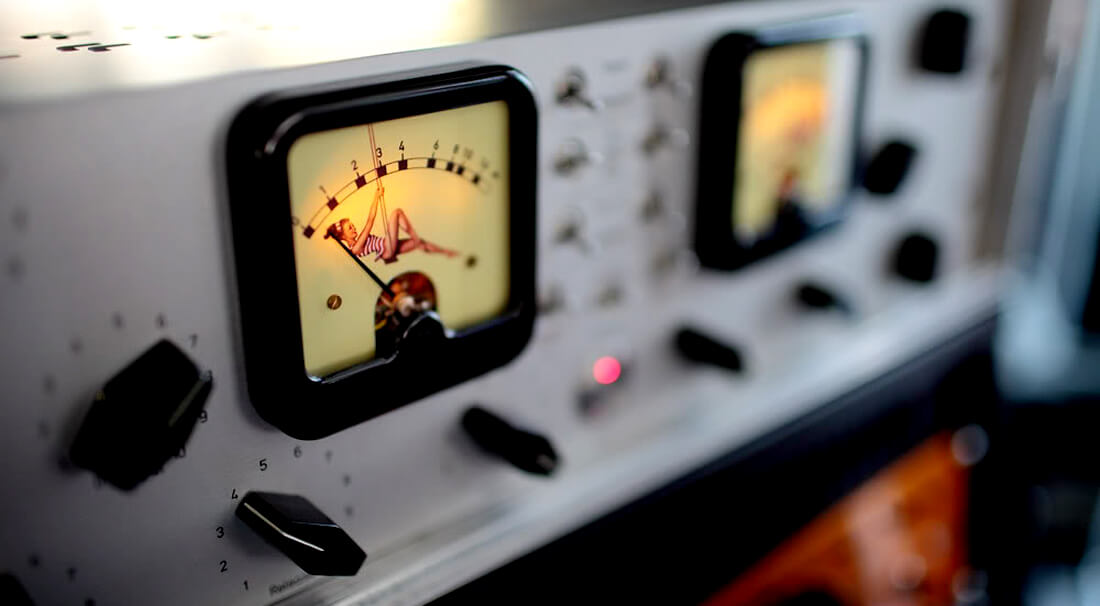 An all-valve variable-mu compressor designed by a lesser known name in the industry, the Rockruepel Comp One and Comp Two are two extremely powerful and versatile, raw-sounding units. In English, the word Rockruepel translates into ‘bully’, which is exactly how these two compressors can treat your source material when pushed to their limits. While the Comp One was only produced in 50 units, the Comp Two’s improved design meant that a slightly larger number could be manufactured.

Both of these units are vari-mu compressors with input, output, threshold, attack and release controls per channel which can also be linked for stereo use. The Rockruepel products are capable of achieving the full range of sounds from soft and subtle all the way to ultimate destruction in ‘ruepel’ mode. This mode is sonically similar to pushing all the buttons on an 1176 and then adding an extra row of the same buttons on top. One of the Comp One owners, Greg Abate from Neon Audio explains - ‘The tube distortion is kicked up a notch and playing with attack and release causes strange sucking and pumping noises.  There's really nothing else like it, and it can be a really cool way to beautifully destroy a percussive or a melodic part alike.’

The two Rockrupel Comp units also offer an amp-only mode which disengages the compression circuitry while offering the full power of the tubes – in amp only mode, the compressor can add beautiful saturation to any sound passed through its inner workings coloring subtly or completely breaking up a sound beyond recognition. Overall, these are exceptional modern units extremely valuable in terms of their sound quality and variety of textures.

Electronaut is the brainchild of musician, recordist and engineer Rob Roy M. Campbell. Based in Chicago, the company produces high end hand-built audio hardware to serve the needs of the modern engineer.

Building on the original design of vari-mu compressors such as the Fairchild units, the M97 adds more functionality in a single-stage vari-mu unit. By using modern components some of its features include a powerful controlling amplifier using dual 6L6GC tubes which allow for extremely fast attack times [50 uS] and continuously variable attack and release controls.

What’s more, the M97 provides the experienced user with a palette of tube options. Electronaut explains - ‘the audio amplifier is arranged as four quadrants, each consisting of three tube sockets: one 9-pin wired for 6386 tubes, and two 7-pin wired in triode-mode for 6BA6 and equivalent tubes. Each quadrant has a switch that configures the 7-pin sockets for either 6V or 12V filaments, allowing the use of 12BA6 and equivalent pin-compatible tubes.’

The M97 is clearly not for the novice engineer, but in the hands of the experienced user it can provide the ‘vintageness’ of a Fairchild without any of the technical drawbacks which come with using such a unit – overheating, fixed attack/release times and extremely hard-to-find replacement tubes. In a video for Sound on Sound magazine, Rob Roy gives us a tour of what his baby can do.

One should be familiar with the holy grail compressor – the Fairchild 670/660. Following its success, Fairchild went on to release a number a follow up versions including the rather obscure model 666.

Released in the 1960s, the Fairchild 666 is a monophonic compressor featuring a hybrid design which merges tube and solid state technology with a proprietary optical attenuator. An interesting feature of the model 666 was the so-called ‘Third Hand’ control which is essentially an automatic noise gate with a user selectable threshold. At the time of its release, this feature was available as a premium option – the added circuitry incurred an additional cost of $100.

In terms of notable mentions, apart from its home at Abbey Road, one cannot ignore the use of the Fairchild 666 on Coldplay’s Viva la Vida. Present in Michael Brauer’s arsenal of outboard gear, the 666 was used on Chris Martin’s vocals throughout the record.

Peter Reardon, Shadow Hills’ founder, has managed to create a modern classic – the Mastering Compressor. Designed by Peter to his own specifications, his unit has been used by the likes of Coldply, John Mayer, Muse and many more.

A technological master-piece, the unit innovates through its design. It uses 2 stages of compression – the first is an electro-optical attenuator [the same T4B unit used in the LA2A and LA3A compressors, but optimized for mastering] followed by a discrete Class-A compressor/limiter which provides the second stage of processing. Further down the signal path are three switchable output transforms – Nickel, Iron and Steel, each adding their unique sound, ranging from clean, colored and gritty, respectively.

Sonically, it offers everything an engineer craves and often seems too good to be true. Greg Wells [Adele, Ella Eyre, Dua Lipa] talking about the Mastering Compressor – ‘The Shadow Hills mastering compressor is something I've avoided since it came out because, cynical Canadian that I am, I figured something that looked that good couldn't sound amazing. I was so wrong.’ Questioning its sound, Doctor Mix have made a video demonstration of what the Shadow Hills Mastering Compressor can accomplish. Hear for yourself.

Made in the ‘50s, this beast of a compressors is considered by many a hidden gem. Back in the day, this outstanding tube compressor would have been found in radio stations as Collins had built them with broadcasting in mind.

The 26U is constructed around the 6383 tube [no longer in production] and has all the ingredients for a great piece of analog gear – big transformers, large VU meters and massive knobs. It sounds amazing on kick and shines out the very best of a vocal performance. The Collins 26U was used by Joe Zeek to shape the single-note parts of One Republic’s Stop & Stare – ‘The electric guitars in the chorus were treated with a Collins 26U tube limiter. They brought out a bit of grain and added more weight to the single–note guitars.’

They are used in many major studios as a reference compressor. Other than guitars, they excel in thickening vocals and generally tend to offer a bigger sound to any source you feed them with.