How This Engineer Went From Rigging Gigs for Radiohead to Working in the World's Biggest Studios (and Starting a Label!)

Italian born Fulvio has recorded in some of the world’s most prestigious recording studios [including REC Studios & Wisseloord]. He worked on live shows for Coldplay and Radiohead, travelled the world and now also runs his own independent record label - and he's still in his 20s!

Fulvio, that's quiet a list of impressive accolades you've managed already. Let's talk influencers... You were brought up in a family where music was highly valued, which 3 albums inspire you and why?

This is a very tough question. I could easily name 10 or more albums from the past that have influenced me to the point of choosing this profession - or that have changed my perspective on music in general.

Recently though, I’ve been into a lot of Mac Demarco’s stuff. I think Salad Days is a brilliant album. I dig how he revisited a kind of vintage aesthetic remaining very modern in his style and output. For the same reason I’d probably name Multi-Love by Unknown Mortal Orchestra. Another album I’ve been hooked on lately is Die by an Italian singer/songwriter named Iosonouncane (that could be translated in English with Iamadog LoL). His art is a mixture of electronic music and more orthodox Italian songwriting, with very sharp introspective lyrics. I found this record very powerful, certainly one of the best Italian albums of the modern times. I would suggest an native-English speaker to listen to his single Stormi - overwhelming.

How did you first start engineering music?

I started as a tea-boy in a recording studio in Sydney where I landed an unpaid position as assistant engineer – oh yes, the harsh reality of the business. I was bugging the in house engineer so much that I ended up doing some engineering work for them and I kind of slowly took it from there. We all need to start one way or another, right?

Part of that process led you to eventually work on shows for Radiohead and Coldplay! What's the story there?

It must have been back in 2012 while I was still in Australia. In line with trying to continually learn, I joined a local crewing company. After a few not-so-major acts, I was given the opportunity to work as part of the team behind Coldplay's main show at Allianz Stadium in Moore Park, Sydney. It was an absolute beast of a gig - it took us over a week to set up. I was working in two different teams, setting up the PA while also being involved in scaffolding. The stage was absolutely enormous and being able to climb up and see the stadium in all its glory while thinking I'd get to see one of the biggest bands in the world rock the stage 10,000 miles away from home felt like a dream come true for me.

While in Australia, I also got a chance to work in the prestigious REC Studios where artists such as David Bowie, Duran Duran and Prince have graced the halls. The main room was based based around a SSL E-Series console and filled with new and vintage outboard equipment and instruments - it's a great space and I feel honoured to have worked there.

Fast forward to the present: can you share with us what you're working on at the moment?

Sure, right now I’m mixing an EP for a talented singer/songwriter from Amsterdam, the first single is ready. Next, I’ll be in the studio recording and producing a London-based band which I really like. Unfortunately, I can’t share much at this point but I can’t wait to share it once the record comes out.

What is your favorite stage in the music production process?

I enjoy all the stages of music production although I must confess, mastering is still an obscure art form for me. I know what my strong points are and mastering is not one of them – there are people out there far more experienced than I am so I tend to leave them to deal with it. Plus, I think there is a clear benefit of having an extra pair of ears on a project – it always brings a new perspective and aids the creative process. But if I have to choose between tracking and mixing, I’d go with tracking - capturing the energy of a performance is very stimulating, I found. 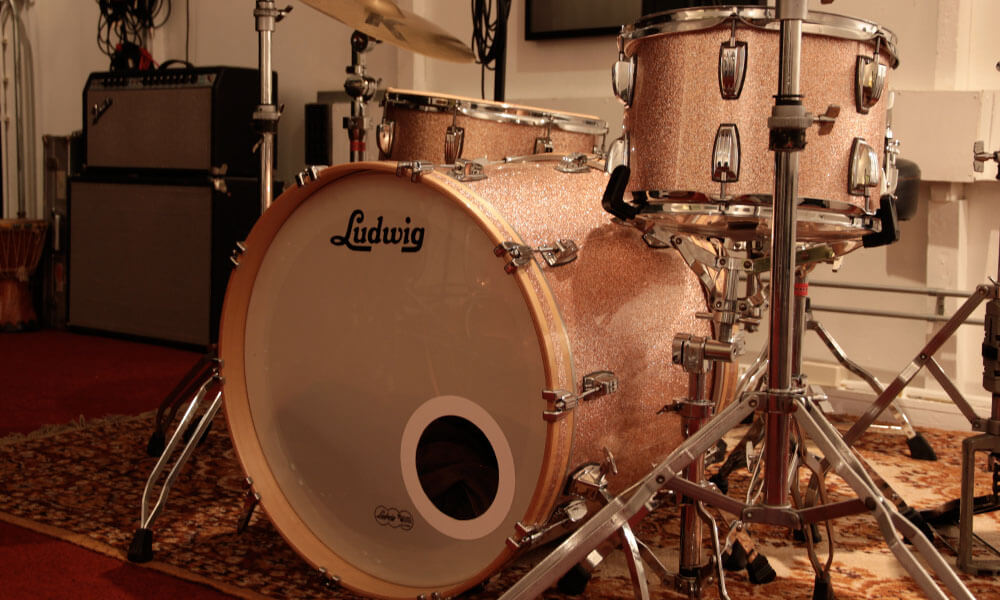 I’ve been lucky enough to use so much great gear – Pultecs, 1176s, old tape machines, you name it. However, I’ve never mixed a record on a Neve 88RS desk – something which I look forward to, hopefully in the not-so-distant future. A bunch of my favorite records done on that desk sound awesome. So despite not using it yet, this one definitely goes on my bucket-list.

These days Fulvio is based in the Netherlands, where he has access to some of the best recording studios available. Currently, apart from his project studio where he sometimes preps sessions for mixing, Fulvio usually works from Studio Arnold Muhren and Ijland Studio, in Amsterdam, NL.